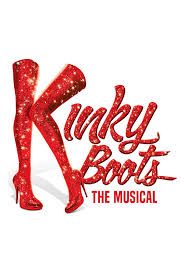 Kinky Boots is the winner of every major Best Musical award, including the Tony, the Grammy and London’s Olivier Award. Based on true events, this huge-hearted hit tells the story of two people with nothing in common—or so they think! Charlie is a factory owner struggling to save his family business. Lola is a fabulous entertainer with a wildly exciting idea. With a little compassion and a lot of understanding, this unexpected pair learns to embrace their differences and creates a line of sturdy stilettos unlike any the world has ever seen! But in the end, their most sensational achievement is their friendship.

Featuring 16 original songs by Cyndi Lauper, a book by Harvey Fierstein, and direction and choreography by Jerry Mitchell, this joyous sensation “struts its stuff with sparkle, stilettos and heart!” (Sydney Morning Herald). There’s never been a better time to experience Kinky Boots, Broadway’s “dazzling, sassy and uplifting” (Time Out) smash!