Cheeseboard includes cheese biscuits and pickles with a choice of Small wine, Bottle of Beer or Large Specialty Hot Drink 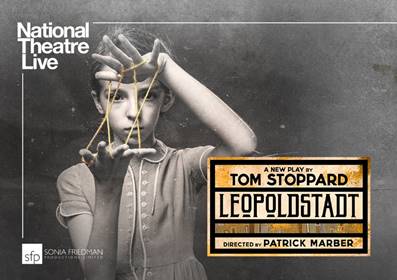 Written by Academy and Tony Award-winner Tom Stoppard (Shakespeare in Love, Rosencrantz and Guildenstern Are Dead) Leopoldstadt is a passionate drama about love, family and endurance. The play has been widely praised by the critics and has received an Olivier Award nomination for Best New Play.

It tells the story of the Merz’s, a prosperous Jewish family living in Leopoldstadt, Austria. We see half a century of history through the experiences of three generations, from the turn of the 20th century through to World War II and the Holocaust. Marking 75 years since the end of World War II, ‘Tom Stoppard’s masterpiece is magnificent’ (Independent) and should not be missed.