Cancelled: I don’t want to set the world on fire (SATS) 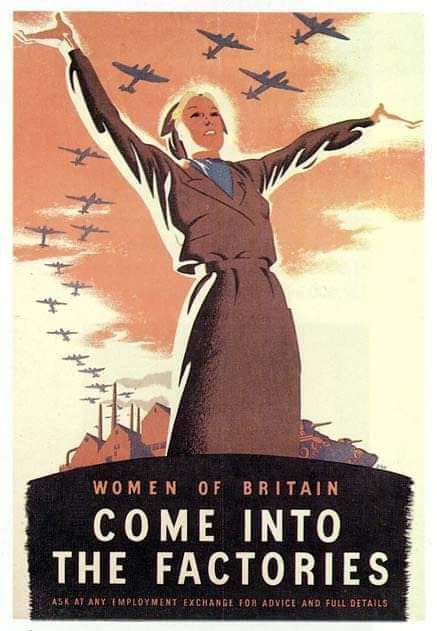 S.A.T.S could think of no better show to mark the 75th Anniversary of VE day in May 2020 than with a true local show about local families. By Special Arrangement with Bob Eaton. We are proud to present

I Don't Want to Set The World on Fire

Filled with laughter and tears this incredible show was written with the help of the Roses of Swynnerton, the brave women who worked at the Staffordshire munitions factory in WW2 - .It is their story.

When war is declared in September 1939, the lives of Stoke-on-Trent’s Beresford family are changed forever. With brother Harry off in the army and Dad building Anderson shelters and digging for victory, 17-year-old Lily is called up for war-work in a munitions factory, the most dangerous job on the home front.

Together with thousands of ordinary women living in extraordinary times, Lily learns the lessons of life, love and loss, meets happiness and tragedy, and looks forward to the war’s end and the hope of a new world.

Bursting with Songs and Dances of the era this is Bob Eaton's glorious tribute to the bravery of our very own local people who stuck together with friendship and camaraderie doing an incredibly dangerous job.

This acclaimed show was originally staged by the New Victoria Theatre Basford and will touch the hearts of the many local people whose relatives worked at Swynnerton.

This really is a show not to be missed!

'Filled with heartwarming moments and good old Staffordshire humour I Don't Want To Set The World On Fire shows a unique view of the war, which may have been lost if it wasn't for this production....' Reviewshub

' In I Don't Want To Set The World On Fire the humour and pathos keeps the audience enthralled....' British Theatre Guide

' Its a warm-hearted evocation of the wartime years and sounds, a happy celebration of its community....' Reviewsgate