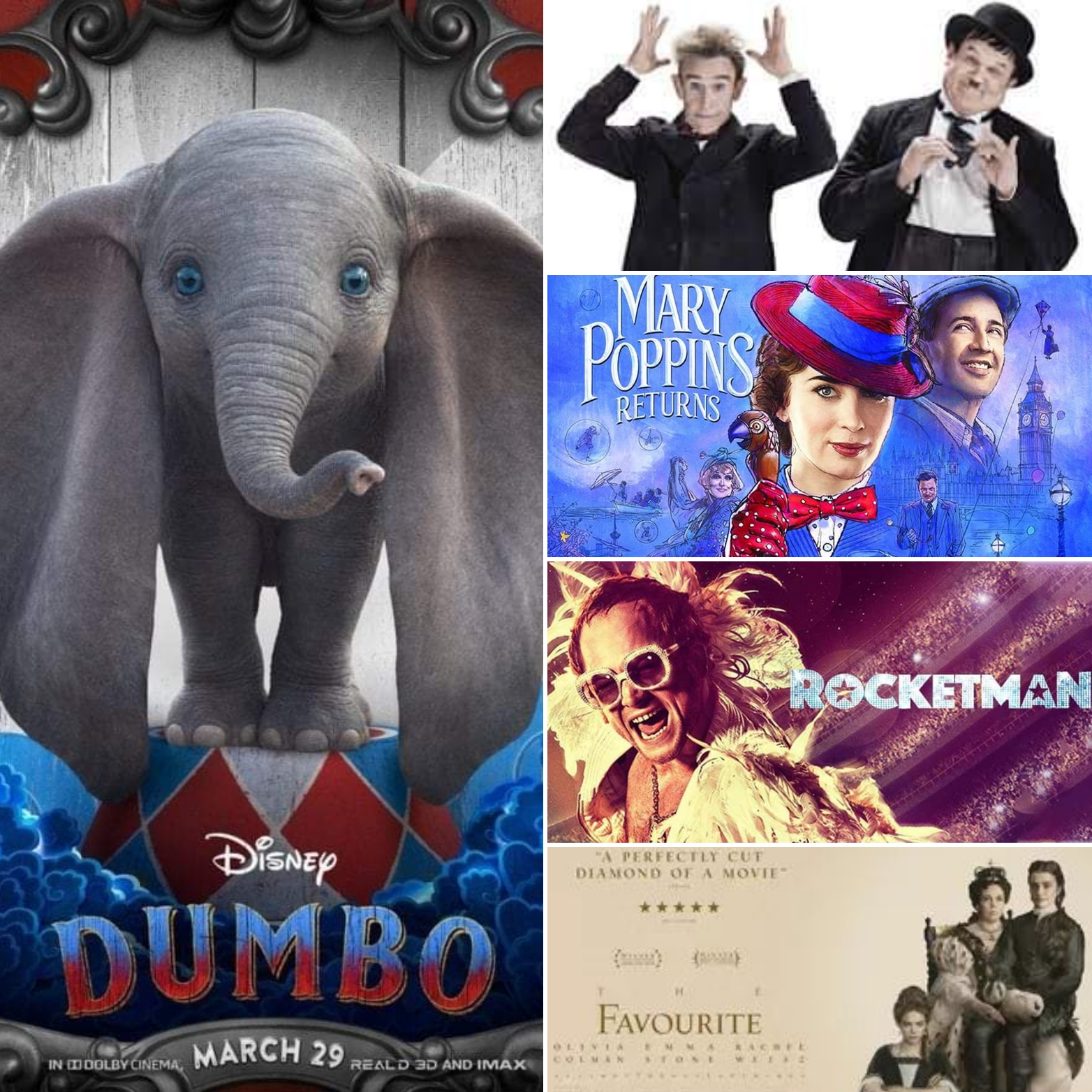 Struggling circus owner Max Medici enlists a former star and his two children to care for Dumbo, a baby elephant born with oversized ears. When the family discovers that the animal can fly, it soon becomes the main attraction. The elephant’s magical ability also draws the attention of V.A. Vandevere,  who wants to showcase Dumbo in his latest, larger-than-life entertainment venture.

Now an adult with three children, bank teller Michael Banks learns that his house will be repossessed in five days unless he can pay back a loan. His only hope is to find a missing certificate that shows proof of valuable shares that his father left him years earlier. Just as all seems lost, Michael and his sister receive the surprise of a lifetime when Mary Poppins — the beloved nanny from their childhood — arrives to save the day and take the Banks family on a magical, fun-filled adventure.

Freddie Mercury — the lead singer of Queen — defies stereotypes and convention to become one of history’s most beloved entertainers. The band’s revolutionary sound and popular songs lead to Queen’s meteoric rise in the 1970s. After leaving the group to pursue a solo career, Mercury reunites with Queen for the benefit concert Live Aid — resulting in one of the greatest performances in rock ‘n’ roll history.

In the early 18th century, England is at war with the French. Nevertheless, duck racing and pineapple eating are thriving. A frail Queen Anne occupies the throne, and her close friend, Lady Sarah, governs the country in her stead, while tending to Anne’s ill health and mercurial temper. When a new servant, Abigail, arrives, her charm endears her to Sarah. Sarah takes Abigail under her wing, and Abigail sees a chance to return to her aristocratic roots.

Laurel and Hardy — the world’s greatest comedy team — face an uncertain future as their golden era of Hollywood films remain long behind them. Diminished by age, the duo set out to reconnect with their adoring fans by touring variety halls in Britain in 1953. The shows become an instant hit, but Stan and Ollie can’t quite shake the past as long-buried tension and Hardy’s failing health start to threaten their precious partnership.

Young Reginald Dwight changes his name to Elton John and collaborates with singer-songwriter Bernie Taupin to become one of the most iconic figures in pop history. Set to his most beloved songs, it’s the epic musical story of Elton John, his breakthrough years in the 1970s and his fantastical transformation from shy piano prodigy to international superstar.